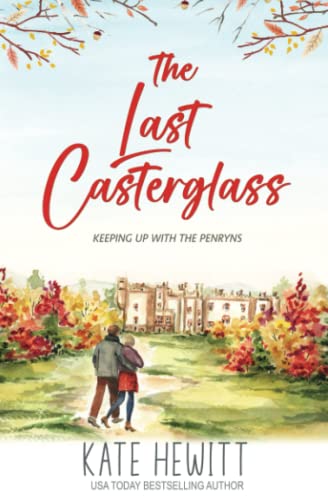 He dreams of saving his ancestral home. She longs to escape hers.

Persephone is the youngest Penryn, and she’s always felt like an afterthought. As her siblings ventured out one by one, she was left behind, learning to rely on herself. Now that they’ve all returned and are on a mission to save their home, she’s reluctantly falling in with their plans and keeping her distance, especially when an Oxford-educated intern arrives wanting to learn how to save one’s ancestral home.

Oliver Belhaven has come to Casterglass to prove to his uncle that he can make Pembury a financial success, so the only home Oliver has ever had isn’t sold. He is intrigued by the beautiful and mercurial Seph and senses a kindred spirit—alone even around family.

Oliver may be charming, but under her surly facade Seph is afraid to get close to anyone. Yet the longer Oliver works at Casterglass, the more invested he becomes—in Seph and in saving his home. But will achieving one dream mean that he has to let go of another? And can Seph finally learn to let go—and love?