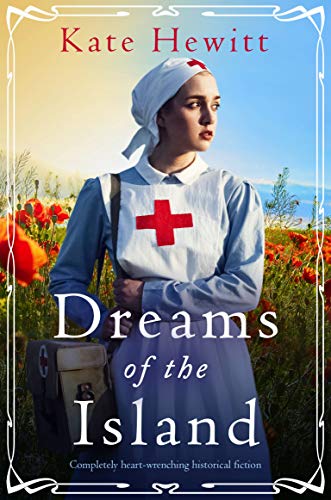 Dreams of the Island

Henry McAvoy leaned forward. “I have been looking for an artist just like you—a diamond in the rough, so to speak. And really, Miss Copley,” he said gently, “what do you have to lose?”

1911, Amherst Island, Canada: When a chance encounter takes Ellen Copley away from the beautiful island she has called home since she was orphaned as a child—she believes it is the new start she has been waiting for.

She settles into an exciting, creative new life in Glasgow, feeling like she’s finally finding her independence. And even though she left a part of her heart back on the island, she’s flattered by the attentions of her handsome, charming benefactor, Henry McAvoy.

But tragedy strikes their fledgling relationship, and soon after war looms over Europe. Emboldened by all she has loved and lost, Ellen leaves Scotland to become a nurse on the front line. And, as she finds herself having to choose between love and duty, desire and bravery, her courage is tested as never before.

The war rages on—and familiar faces appear on the front line, including her childhood sweetheart Jed Lyman and his brother Lucas. Coming face-to-face with her past, Ellen will learn what she is made of. But can she finally decide where her heart truly belongs?

This powerful and uplifting story follows the life and love of Ellen Copley from the magic of Lake Ontario to the bloody battlefields of the First World War and beyond. Perfect for fans of The Oceans Between Us, The Orphan Sisters, and My Name is Eva.

Previously published as On Renfrew Street.