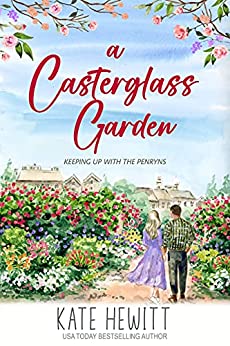 The Penryn family have always been eccentric—living in a dilapidated castle in the wilds of Cumbria with an orchid-mad father and a classicist mother who likes to re-enact Greek myths, who wouldn’t be? Penniless and proud, Walter Penryn refuses to give up his birthright—until taxes, bills, and the need for a new roof force him to reconsider.

Now the family is restoring the castle, and Olivia Penryn is in charge of reviving the once-profitable garden. Nursing a broken heart and a guilty conscience, Olivia longs to lose herself in roses and lavender, but she’s filled with doubt. She’s never handled a project this massive. When Olivia hires the gorgeous Will Turner to help with landscaping, her bruised heart begins to heal—and hope.

A widower and father of two, Will has plenty of his own problems. Is he strong enough to take on Olivia’s? As his children become attached to this loving, ethereal beauty, he wonders if their wounded hearts can blossom like the flowers surrounding them—or will hidden secrets and old mistakes cost them a second chance at happiness?