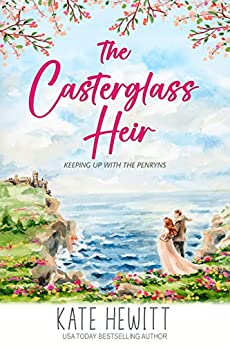 Meet the Penryns…an eccentric family determined to keep hold of their castle in the wilds of Cumbria.

Sam Penryn, the only son and heir, has returned to Casterglass with deep reluctance. After dedicating his life to far-flung adventures to forget his past, the last thing he wants is to come home and take the reins of his family’s crumbling estate. But he knows his duty, and his sisters are doing their best to turn their ancestral ruin into an interactive tourist attraction. He can surely do the same, even if he dreads every moment…

Rose Lacey has spent her life as a nomad, adopting a carefree attitude to protect her fragile heart, which worked until she met—and then left—Sam. Their goodbye becomes hello when she shows up on his doorstep months after their fling, pregnant and uncertain what she wants from him, yet believing he needs to know he’s going to be a father.

Sam is gobsmacked by Rose’s return—and he remembers just how hard he fell for her. Despite his own hurts and hard memories, can Sam be brave enough to convince Rose to fall in love with him all over again, this time for keeps?